There is currently one LACF Scholarship in Manitoba and one accredited landscape architecture program at the University of Manitoba, Faculty of Architecture, Department of Landscape Architecture.

2014 Field trip across the Canadian Prairies / image: from umanitoba.ca website

The scholarship is awarded to an outstanding student in the final year in the UofM MLA program. The school faculty recommends a candidate who exemplifies the objectives of the scholarship and the nomination is reviewed and approved by LACF. The criteria are left purposefully general, trusting that the faculty of the schools know their students and can recognize achievement and potential. The nomination is forwarded for approval in early November and the scholarship is presented at the end of the Fall semester. 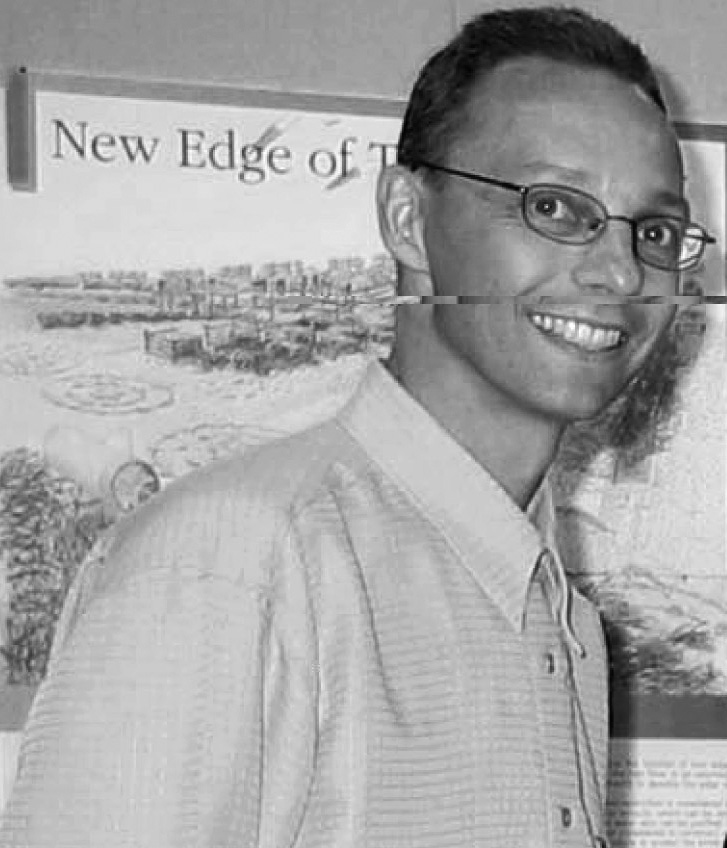 Andre Schwabenbauer, FCSLA, ALAA, was a talented and respected landscape architect based in Edmonton. Besides being a successful practitioner operating his own firm, he had a deep understanding of the duty of service one owes one's profession. He served as President of the Alberta Association of Landscape Architects, the AALA representative to the Board of Governors of the CSLA and then as CSLA President, the youngest individual to have held that post. He was inducted into the CSLA College of Fellows in 2003, the year he was diagnosed with leukemia. He passed away two years later at the age of 42. Andre's family, friends and colleagues created an endowment fund in his name, under the auspices of the Landscape Architecture Canada Foundation. Andre was so highly regarded that the CSLA also created an award in his name. The CSLA Schwabenbauer Award is granted annually to a member of the CSLA in recognition of their unselfish and devoted service to the Society at the national level over a period of not less than five years.

LACF is grateful to members of the CSLA and MALA communities and to the Schwabenbauer family and friends for their generosity over the years in supporting the establishment and growth of the Schwabenbauer endowment fund.